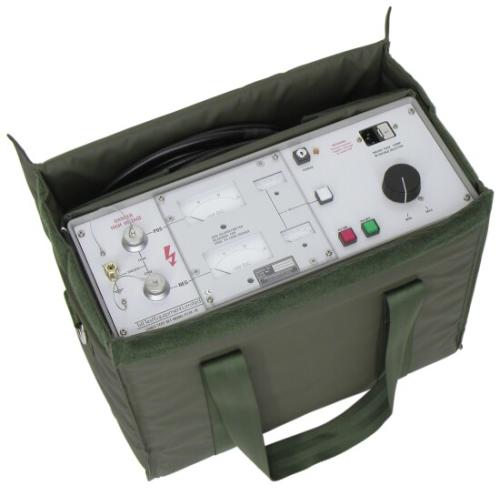 The PT30-10 high voltage dc test set is designed to perform tests on installed cable and jointing systems. The unit has a variable output voltage with a maximum of ±30kVdc (PT30-10). Both units have a maximum charging capability of 10mA. A zero-volt interlock is fitted that prevents the output being switched on unless the output control is at zero.

The units include an automatic load discharge system that discharges the cable under test when the output is switched off or a breakdown occurs. The internal dumping system can discharge a maximum of 2.5kJ on each output, corresponding to 10F at 18kV or 4F at 30kV. In the event of a test object failure, the overload circuit will automatically switch off the output voltage and earth the output via the internal discharge circuit. A manual discharge probe is also supplied as standard with both units, allowing higher load capacitances to be safely discharged.

The HV output from the unit uses a high quality plug and socket system, allowing for easy cable replacement.