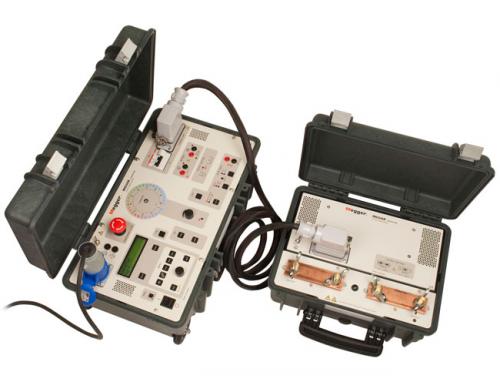 For Hire:  The Ingvar primary current injection test set from Megger is a portable device that is suitable for on-site use, even in areas such as underground substations where access would be difficult for larger test sets.

Capable of delivering 900A continuously and 5,000A for short periods, the Ingvar test set consists of a power module and a separate control module, both of which are housed in robust carry cases each weighing around 20kg.

Typical applications include primary injection relay testing; circuit breaker testing up to 500A nominal current and 5,000A instantaneous current; checking the phase, polarity and phase angle of current transformers; heat runs; testing grounding systems; and evaluating the performance of automatic reclosers and sectionalisers.